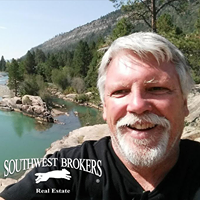 Enter your info to see what you can afford and what your payments will be with Up-To-Date Rates!

The City and County of Denver (/ˈdɛnvər/; Arapaho: Niinéniiniicíihéhe’) is the largest city and the capital of the U.S. state of Colorado. Denver is also the second most populous county in Colorado after El Paso County. Denver is a consolidated city and county located in the South Platte River Valley on the western edge of the High Plains just east of the Front Range of the Rocky Mountains. The Denver downtown district is located immediately east of the confluence of Cherry Creek with the South Platte River, approximately 12 miles (19 km) east of the foothills of the Rocky Mountains. Denver is nicknamed the Mile-High City because its official elevation is exactly one mile or 5,280 feet (1,609.3 m) above sea level, making it one of the highest major cities in the United States. The 105th meridian west of Greenwich passes through Union Station and is the temporal reference for the Mountain Time Zone.

Denver is located in the center of the Front Range Urban Corridor, between the Rocky Mountains to the west and the High Plains to the east. Denver’s topography consists of plains in the city center with hilly areas to the northwest, west, south, and southeast. According to the United States Census Bureau the city has an area of 154.9 square miles (401.2 km2), of which 1.6 square miles (4.1 km2), or 1.03%, is water. The City and County of Denver is surrounded by only three other counties: Adams County to the north and east, Arapahoe County to the south and east, and Jefferson County to the west.
Although Denver’s nickname is the “Mile-High City” because its official elevation is one mile above sea level, defined by the elevation of the spot of a benchmark on the steps of the State Capitol building, the elevation of the entire city ranges from 5,130 feet (1,560 m) to 5,690 feet (1,730 m). According to Geographic Names Information System (GNIS) and the National Elevation Dataset, the city’s elevation is 5,278 feet (1,609 m), which is reflected on various websites such as that of the National Weather Service.

Denver lies within the semi-arid, continental climate zone (Köppen climate classification BSk). It has four distinct seasons and receives a modest amount of precipitation spread through the year. Due to its inland location on the High Plains, at the foot of the Rocky Mountains, Denver, like all cities along the eastern edge of the Rocky Mountains, is subject to sudden changes in weather. The climate is very sunny, averaging 3,106 hours or 300 days of sunshine a year. July is the warmest month, with a daily average temperature of 74.2 °F (23.4 °C). Summers range from mild to hot with occasional afternoon thunderstorms and high temperatures reaching 90 °F (32 °C) on 38 days annually, and occasionally 100 °F (38 °C). December, the coldest month of the year, has a daily average temperature of 29.9 °F (−1.2 °C). Winters range from mild to occasional bitter cold, with periods of snow and low temperatures alternating with periods of relatively milder weather, the result of chinook winds. Episodes of 50 °F (10 °C)+ highs alternate with nights of sub-0 °F (−18 °C) lows. Snowfall is common throughout the late fall, winter and spring, averaging 53.5 inches (136 cm) for 1981−2010. The average window for measurable (≥0.1 in or 0.25 cm) snow is October 17 thru April 27 although measurable snowfall has fallen in Denver as early as September 4 and as late as June 3. Extremes in temperature range from −29 °F (−34 °C) on January 9, 1875 up to 105 °F (41 °C) as recently as June 25 and 26, 2012.

As of 2006, Denver had over 200 parks, from small mini-parks all over the city to the giant 314 acres (1.27 km2) City Park. Denver also has 29 recreation centers providing places and programming for resident’s recreation and relaxation.

Many of Denver’s parks were acquired from state lands in the late 19th and early 20th centuries. This coincided with the City Beautiful movement, and Denver mayor Robert Speer (1904–12 and 1916–18) set out to expand and beautify the city’s parks. Reinhard Schuetze was the city’s first landscape architect, and he brought his German-educated landscaping genius to Washington Park, Cheesman Park, and City Park among others. Speer used Schuetze as well as other landscape architects such as Frederick Law Olmsted, Jr. and Saco Rienk DeBoer to design not only parks such as Civic Center Park, but many city parkways and tree-lawns. All of this greenery was fed with South Platte River water diverted through the city ditch.

In addition to the parks within Denver itself, the city acquired land for mountain parks starting in the 1911s. Over the years, Denver has acquired, built and maintained approximately 14,000 acres (57 km2) of mountain parks, including Red Rocks Park, which is known for its scenery and musical history revolving around the unique Red Rocks Amphitheatre. Denver also owns the mountain on which the Winter Park Resort ski area is operated in Grand County, 67 miles (110 km) west of Denver. City parks are important places for both Denverites and visitors, inciting controversy with every change. Denver continues to grow its park system with the development of many new parks along the Platte River through the city, and with Central Park and Bluff Lake Nature Center in the Stapleton neighborhood redevelopment. All of these parks are important gathering places for residents and allow what was once a dry plain to be lush, active, and green. Denver is also home to a large network of public community gardens, most of which are managed by Denver Urban Gardens, a non-profit organization.

Since 1974, Denver and the surrounding jurisdictions have rehabilitated the urban South Platte River and its tributaries for recreational use by hikers and cyclists. The main stem of the South Platte River Greenway runs along the South Platte from Chatfield Reservoir 35 miles (56 km) into Adams County in the north. The Greenway project is recognized as one of the best urban reclamation projects in the U.S., winning, for example, the Silver Medal Rudy Bruner Award for Urban Excellence in 2001.

In its 2013 ParkScore ranking, The Trust for Public Land, a national land conservation organization, reported that Denver had the 17th best park system among the 50 most populous U.S. cities.

Denverites is a term used for residents of Denver.

Denver Public Schools (DPS) is the public school system in Denver. It currently educates about 73,000 students in 73 elementary schools, 15 K-8 schools, 17 middle schools, 14 high schools, and 19 charter schools. The first school of what is now DPS was a log cabin that opened in 1859 on the corner of 12th Street between Market and Larimer Streets. The district boundaries are coextensive with the city limits. The Cherry Creek School District serves some areas with Denver postal addresses that are outside the city limits.

Denver’s many colleges and universities range in age and study programs. The private University of Denver was the first institution of higher learning in the city and was founded in 1864. Other prominent Denver higher education institutions include Johnson & Wales University, Catholic (Jesuit) Regis University and the three public schools that constitute the Auraria Campus, University of Colorado Denver, Metropolitan State University of Denver, and Community College of Denver. The city has Roman Catholic and Jewish institutions, as well as a health sciences school. In addition to those schools within the city, there are a number of schools located throughout the surrounding metro area.